Ahoy there,how are you bloggers coming from all sides of the world.I like to read god blogs and when people also read my pages.Yesterday i’ve broke a record with views and likes on my site.I’m very thankful to all my readers,mostly to Floatinggold for being my most loyal follower and reader.And there is also Frazzleagain who is the second follower after Floatingold.Thank you girls for your support, it means a lot for me 🙂 .

Now lets get start.We are here for writing,not to make pancakes. 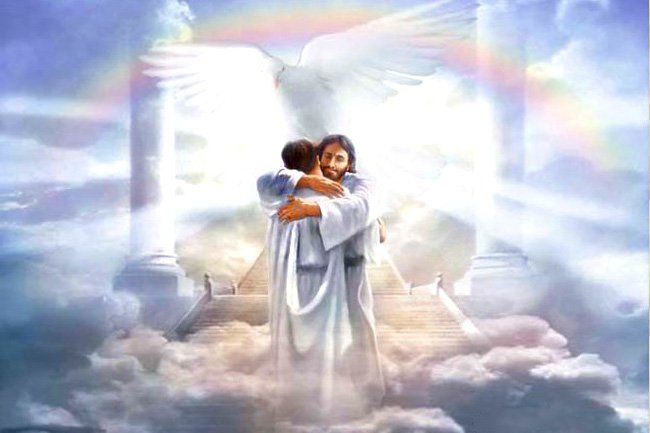 From early days of our childhood we’ve been learning so many things about life.One of the first lesson you must know is to love and respect our father,our creator-GOD.

Is it really that so,or is someone is lying us ?

One women who lives two streets near me has terrible faith.Her husband is killed when her kids were small.She found him dead in their apartment.Later when her daughter was 16,they went together for a summer vacation.On way back bus set on fire,everybody managed to get out only her daughter didn’t.She died in that unfortunate event.I don’t know why is that happened to her,she looks like a good person and she didn’t deserved this stuff.Still i admire her spirit.She doesn’t quit to fight and have a smile on her face.

One man who also i know is a very bad person.He steals,he cheats on his wife,he doesn’t pay attention to his kids.He doesn’t do anything money drops into his hands.Most of people has health problems,he never has it.Safe and sound like a bull.I can’t understand how a cut tree can grew by itself.

I’ve read somewhere why is wheel of fortune spinning all the time.For good people life on Earth will be only hell which they can taste,and for bad people only heaven they can taste.Only important is God is watching everything and he knows who deserves reward and who deserves punishment.He see all we’ve been through,he knows what is bothering us.

Another thing people ask is: “If God knows what is going to be next day, then why is he doesn’t stop evil persons to come on Earth ? “.

Well imagine this.You are a father expecting kids,and some tells you some of your kids is going to be a killer.So what are you going to do, make your wife to have an abortion.No, you want for that kid to be born and end of story.Nobody will take the man’s biggest treasure of life-small baby.Same thing for God.He loves all his kids, and he doesn’t want them dead.By any cause he want them to live,after all that kid will leave mother Earth’s ground some day.

Sometimes i get mad when i see how people became egoistic,only wanting and thinking for themselves.Is that hard to help someone else,is that hard to understand others and their concerns.Well its look like it is.

We are not born to live alone,we are born to live in the community with other people.To share,help,solve and fix all problems which are not giving us rest.Only by working together we can change something,working alone nothing.God knows that and with some signals he is sending as signs to join our hearts and fight against all evil attacking us.

Maybe God is not present to us enough,if we don’t value him by breaking most of ten commands from the Bible.It is hard to change entire human race,but if you attempt to change one person,one percent can be larger than it is.You must try at least,failure comes if we don’t try.Hundred failures can become one big success.Only if we want that.

I hate people who use church and God for their purpose.Taking away the money and all power it has,is something unforgettable for me.Ok big money is always good to have, but let us earn it on honest way not on the shameless way.Taking away money collected to help poor,sick or for other people with major life issues is wrong.Imagine yourself in their place, in their position.

I would like to present to you one of the greatest man Serbia ever had.This man is Patriarch Pavle,man whose must be selected in order of saint people.He done so much when he was alive for Serbian people, and his effort must not be forgotten.He helped,loved and saved people with his acts and stories.He wanted peace in entire world,love between all brothers and sisters on planet, and unconditional worship of God’s character and his deeds.I hope some day we can celebrate day of-Saint Pavle-saviour of all Serbians.

Well that is all for today folks,i hope you think about some stuff like i am.You know if you want,wright me in comment section.Also send me about which subject i can wright in next post.Your critical review is important to me, say something don’t be afraid.I don’t bite, at least i can’t 🙂 .

Pictures are not in my possession.

8 thoughts on “Has God left us or is he just hiding.”